I Signed Up for the Chaotic Goddess Local Flavor Swap!

I love swaps! I have been so busy with work lately that I feel like I haven’t had a minute to relax. So as a treat to myself, I will be participating the Chaotic Goddess Local Flavor Swap. There are still a few more days to sign up. Sign ups close on July 6th. If you’re interested in participating, sign up here.

I have already started thinking about some cool stuff to put in my partner’s package!!! 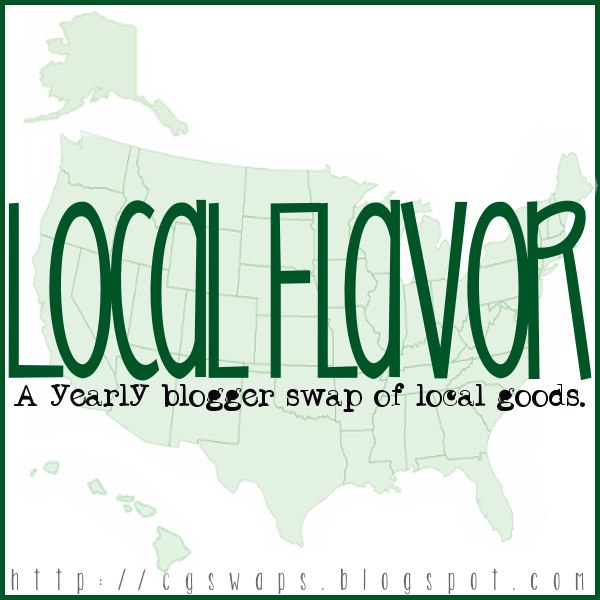 Posted by Unknown at 6:36 PM No comments:

Book Review: 50 Ways to Ruin a Rake by Jade Lee 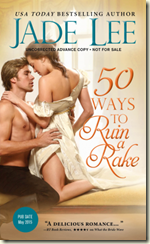 I didn’t like this book at all.  The cover was nice but the story left much to be desired.

I didn’t like the main characters.  At first Melinda starts out as a strong woman taking control of her destiny. She won’t give her uncle her cosmetic formula because she wants the money for herself so she can go to London and find someone who will love her so she isn’t stuck marrying her cousin Ronnie. This sounds good but several times throughout the story she says that Ronnie will probably be the one she winds up marrying even though she doesn’t want to. If she is strong enough to stand up to her family, why would she later give in and marry Ronnie?

Also, I didn’t like how she later is willing to give the formula over to a man so he can make lots of money and she would be his mistress. What happened to wanting the money so she can control her own life?

I also don’t like how she gives herself to Trevor when he is drunk and leaves when he is asleep and then gets mad when he doesn’t act like she wants. She also complains a lot about the duel that Trevor and Ronnie fought in the beginning of the book but then later makes a spectacle of herself. I felt that for a woman who was strong enough to fight for what she wanted – a chance to go to London to find someone to love her – she is awfully quick to give up on the man she loves and accept someone who doesn’t love her and never will.

As for Trevor, he is selfish and continuously refers to Melinda as being “beneath him”. He also caves to Eleanor’s suggestion and abandons her once they get to England. He also says no kissing but then keeps kissing her and being intimate. Even after he decided he wants her, he never has a conversation with Melinda to if that is what she wants. He just assumes to know what she wants because of the deal they made – which he convinced her to make. He should have known then that she didn’t really want the deal.

As far as the secondary characters, they were irritating. Her father was a jerk who doesn’t know his own daughter. Ronnie is an idiot. Her uncle is a bully. Eleanor acts like she is jealous and wants Trevor for herself.

I also don’t like how there was no epilogue to tell us if Trevor ever makes it right with his family.

Posted by Unknown at 7:54 PM No comments: 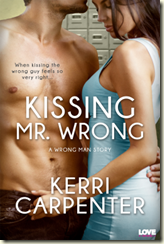 Kissing Mr. Wrong by Kerri Carpenter was more of a novella than a novel. The writing was good. There were no errors. I loved the cover too. I wasn’t sure about the title though. There were not many mentions made in the book about John being “Mr. Wrong” so the title didn’t seem to fit too much.

I liked Vanessa and John very much. However, I did not like Jess, Vanessa’s friend, very much at first but I did get over that.

Even though this was a short story and there were some things that I didn’t like about this story (things I can’t get into without giving too much of the story away), I still felt this was a sweet story.

*I received a free book in exchange for my unbiased opinion. 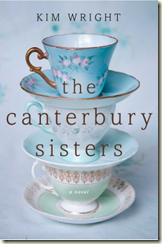 Che Milan’s life is falling apart. Not only has her longtime lover abruptly dumped her, but her eccentric, demanding mother has recently died. When an urn of ashes arrives, along with a note reminding Che of a half-forgotten promise to take her mother to Canterbury, Che finds herself reluctantly undertaking a pilgrimage.

Within days she joins a group of women who are walking the sixty miles from London to the shrine of Becket in Canterbury Cathedral, reputed to be the site of miracles. In the best Chaucer tradition, the women swap stories as they walk, each vying to see who can best describe true love. Che, who is a perfectionist and workaholic, loses her cell phone at the first stop and is forced to slow down and really notice the world around her, perhaps for the first time in years.

Through her adventures along the trail, Che finds herself opening up to new possibilities in life and discovers that the miracles of Canterbury can take surprising forms.

This was a beautiful book. The writing was superb and the story was touching, funny and thought provoking.

I loved Che. I felt a deep connection to her. I understood her connection to her mother but also her frustration with her mother and some of the choices that she had made. I also loved all of the secondary characters, the rest of the “Canterbury Sisters” and I loved how they evolved throughout the book and how the author used the telling of stories of love to show each person’s character.

This book is perfect for women-for daughters and for mothers-because I think that the mother-daughter relationship is probably one of the most difficult relationships to understand. I think most women will enjoy this book because at one time or another, we all have complicated relationships with our mothers. Wright did a fantastic job illustrating that complication.

I have no criticism of this book at all. It was so good and I will recommend it to anyone who will listen to me.

Posted by Unknown at 7:00 PM No comments: 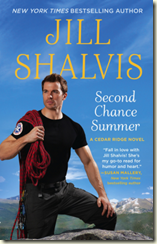 I absolutely love Jill Shalvis. She is amazing so when I got the chance to review Second Chance Summer, I jumped at the chance. I love the cover. I think it does a great job depicting Aiden. I also liked the writing and it the book was well edited.

As for the characters, I loved Lily. I felt that the author did a great job portraying all the aspects of Lily’s character; her pain, her passion, her love and sadness.

I loved Aiden as well. His dedication to his jobs and his family is well-portrayed.

With respect to the secondary characters, I loved Aiden’s mom. She is funny and doesn’t let anyone run her life. I also loved Jonathan, Lily’s best friend. I love how supportive he is of Lily and how he encourages her.

As for the rest of the Kincaid family, I love them. I love how they look out for each other and how they are a true family, regardless of the circumstances which I won’t get into here. Although, I feel sorry for Kenna as the only girl with all those brothers.

I would definitely recommend this book to others. I am looking forward to reading the rest of this series and getting to know the rest of the Kincaid family better.

*I received a free copy of this book for my unbiased opinion.

Posted by Unknown at 7:42 PM No comments:

God is faithful, and he will not let you be tested beyond your strength, but with the testing he will also provide the way out so that you may be able to endure it.

-from the New Revised Standard Version

Where to Find Me